A friend recently sent me an antique French mitre saw, or scie à recaler, for restoration. His saw had been around the block a few times and rightly had the true appearance of an antique. As soon as I saw it I knew I had to make one. I ended up making three, and two of them are now listed for sale on my Saws for Sale page.

When it comes to woodworking, the French have traditionally done things a bit different than their British or American counterparts. The use of frame saws instead of handsaws is one example. When it comes to cutting miters, instead of a miter saw and miter box they adopted the scie à recaler and the boite à recaler, literally the saw to recalibrate and box to recalibrate. In that sense, recalibrate relates to sawing the desired angle. We call the boite à recaler a miter jack. This type of saw can also be used to make 90 degree cuts in a device known as a flat jack. In the drawing below, the flat jack is above and the miter jack is below. Both are called boites à recaler. 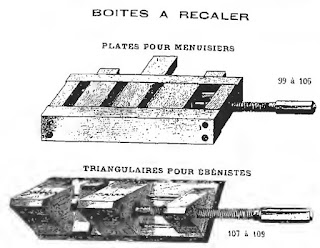 The pictures below are of the three scies à recaler I made. Two are 20" in length and one is 18". I'm not aware of anyone else in the world currently making this type of saw, so a new one is probably a pretty rare thing. Antique ones are not very plentiful either. 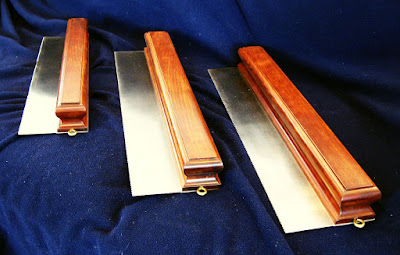 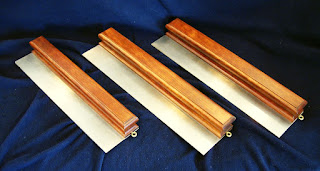 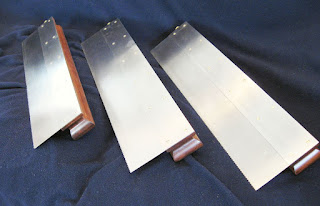 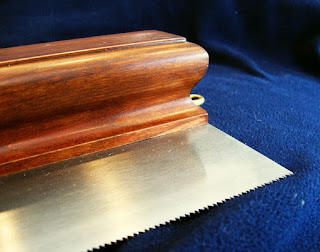 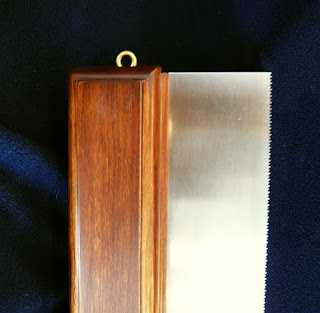 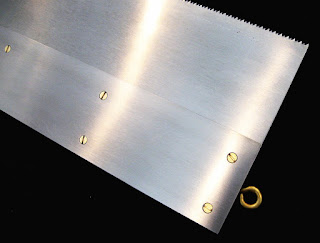 Posted by Bob Summerfield at 5:54 PM