It's been a busy winter working on saw restorations and saw sharpening jobs for clients all around the country. Thanks to all those who have sent me saws to work on. I appreciate your confidence in me.

In between working on saws for other people, I've picked up a few saws this winter to add to my own till. This first saw is by Lemuel Wheeler. Lemuel was the son of Elisha Pearl Wheeler, noted partner of sawmakers Wheeler, Madden & Clemson of MIddletown, NY. Lemuel joined the firm in 1868 and remained until his untimely death in 1873. Presumably this saw was made during that period. The apple handle is particularly nice, and the etch is an interesting one. 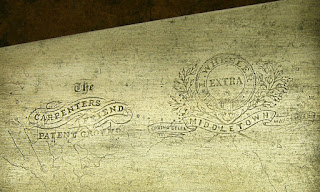 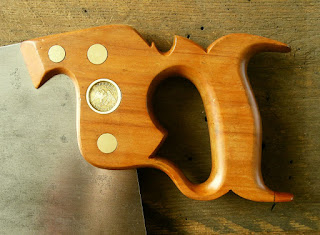 This next saw is a Warranted Superior "hardware store" saw. I acquired it for only one reason -- It was sold by Missoula Mercantile, a general merchandise store that began in my home town in about 1880. The saw was actually sold in the Kalispell branch store of Missoula Merc sometime prior to 1911. You can read more about this saw here. 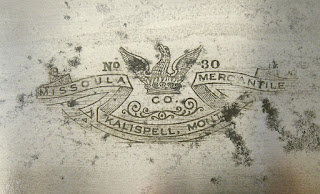 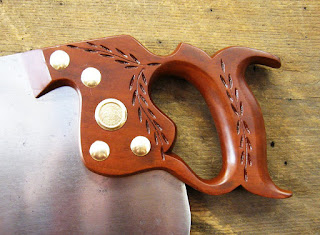 Finally, a little British dovetail saw by Waller. There aren't many saws known by this maker, and it's hard to find out much about him. The saw is in good condition and didn't require restoration. 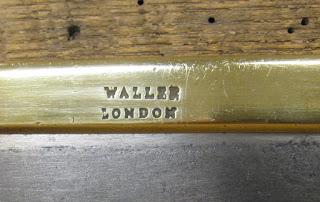 Posted by Bob Summerfield at 11:30 AM No comments:

It's been a long time since I've been able to work on my two sets of heirloom saws. Two years, in fact. But this winter, I've completed two 12" carcase saws. These follow on the heals of the gent's saws, table saws, and dovetail saws previously made. Like the other saws in the sets, the carcase saws have brass backs and figured walnut handles. These saws are toothed at 13 ppi rip. 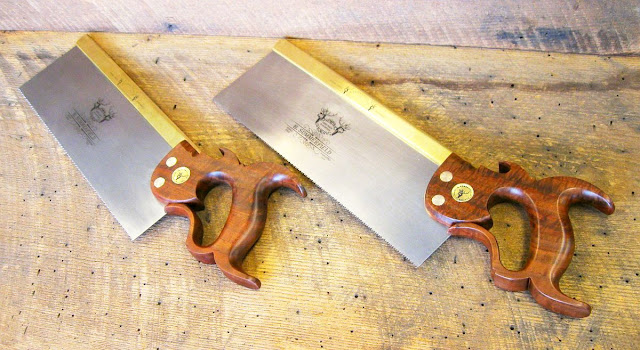 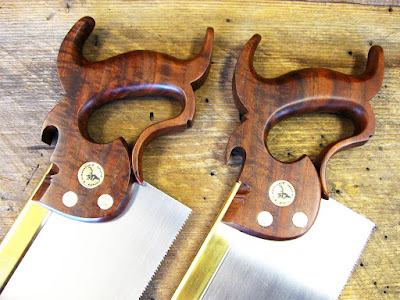 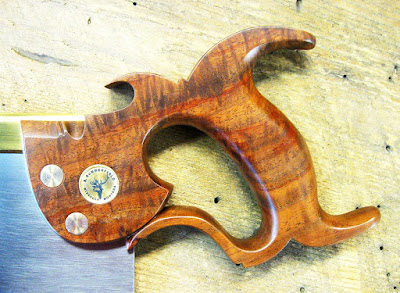 The next saws in the sets will be 14" sash saws. I hope it's not too long before I can get to them.
Posted by Bob Summerfield at 11:02 AM No comments: